This example application was developed in response to various forum questions including:

Similarly, controls can easily be moved on a form.

For example, this code moves Box9 so it is located immediately below textbox Text2:

The example application does both of the above but also demonstrates some much more complex processes.

For example, it shows how:

•      A listbox record can be ‘selected’ without clicking on the listbox. This is done by accurately

detecting the record underneath the mouse cursor based on the height of each row in the listbox.

This means the record can be used e.g. to open a filtered form / view an image without actually

specified amount in any direction

Each of these has been successfully tested using a variety of situations:

Different form conditions have also been tested including:

It is NOT possible to hide the application window for this example.

There are many complications that need to be managed for all of this to work well:

The x-y coordinates of the top left of the application window are 0, 0

Complications arise with font sizes that are NOT factors of 72. For example:

There are THREE main ways of doing this conversion:

either / both of these are altered.

This approach can work reasonably well for some standard fonts between about 10pt & 14pt.

However, it gets increasingly inaccurate for much larger/smaller fonts. It also makes no

allowance for certain fonts e.g. Comic Sans being taller than the normal value for that point size.

The code I originally developed was partly based on the second example above.

I am always amazed by Stephen's ability to do things that us mere mortals would never achieve alone.

Even so, the results using his code are not perfect for all situations

•      A MUCH better method makes use of the little known VBA WizHook function. This actually measures the height and width

of a character string based on the font name, font style (normal, italic) etc.

This approach should ALWAYS work no matter what the situation. My tests confirmed that to be so.

The issue with WizHook is that it is a hidden function which, despite having been available for about 20 years, is not

In theory it could be removed in a future release, but as it is used in some built-in wizards, I believe that to be highly unlikely

However, there is very little information about this function online apart from:

See additional information about the WizHook function at the end of this article.

In order to locate an object precisely on / over a specific control on a different form, we need to know the size and position of each component of a form. However, not all items will be present depending on form settings. 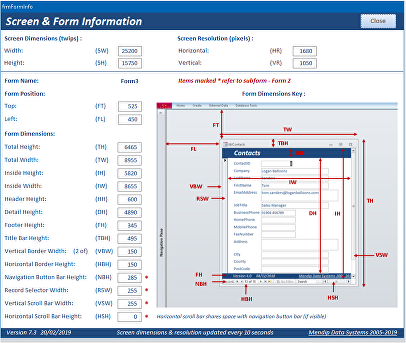 For the purposes of this example, this needs to be a subfolder of the example application

The size of the navigation pane, ribbon and application window can all be controlled from the startup form. 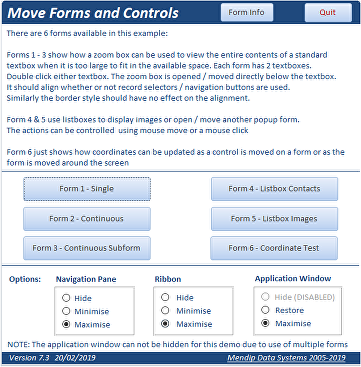 There are 6 test forms available:

Each of these is designed show how a zoom box can be used to view the entire contents of a standard textbox when it is too large to fit in the available space.

Double click either textbox. The zoom box is opened / moved directly below the textbox.

The zoom box should align closely whether or not record selectors / navigation buttons / scrollbars are used.

Similarly, the border style should have no effect on the alignment.

Typical code (this is taken from Form2):

The listbox 'selection' opens / moves another popup form or displays an image for the selected/highlighted record.

As stated earlier in this article, records are NOT selected when moving the mouse over the listbox

Instead, code is used to determine the listbox position based on the calculated height of each listbox row and the mouse cursor position.

The listbox row height depends on several things including font name, point size and the 1 pixel (15 twips) space left between each row for legibility.

To complicate matters, the first row is 45 twips (3 pixels) taller than all following rows.

That happens whether or not column headers are displayed! 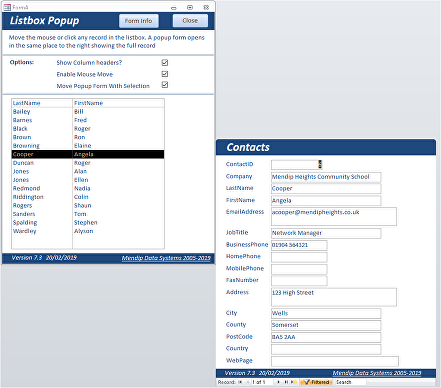 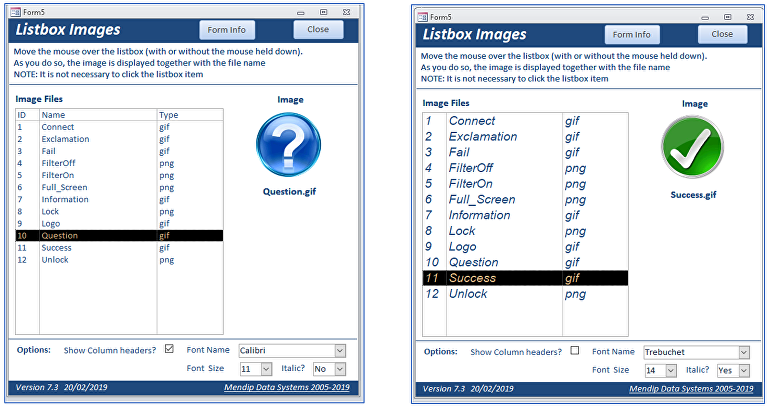 In both forms, the height of each listbox row is calculated using code like this:

This is used in the listbox mouse move code to determine the ‘current’ record for highlighting / ‘reading’.

'get record in listbox by moving over record

'-1 if true, 0 if false so subtracting it adds 1 if headers shown

'deselect all records if move beyond end of list

Each ‘nudge’ moves both textbox and label by 10 twips in the direction of the arrow. 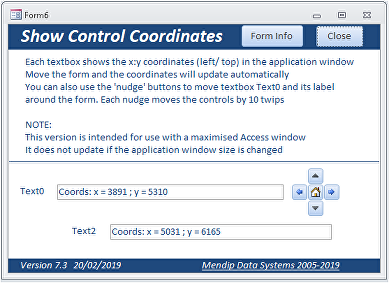 I hope this example application will prove useful to others

I also have a few ideas for deploying the listbox mouse move highlight & 'select' code in real world applications of my own.

I am extremely grateful for the valuable assistance provided by the following:

AccessForums.net member daolix for alerting me to the potential use of the WizHook function for this example

Access contains many built-in hidden functions - most are undocumented and its always possible that they could be removed when new versions are added. Over the years, I have used a number of these hidden members including LoadFromText, SaveAsText, Wizhook and others.

All of the ones I've tried are functional and indeed useful.

NOTE: You can use any of these functions even when they are hidden 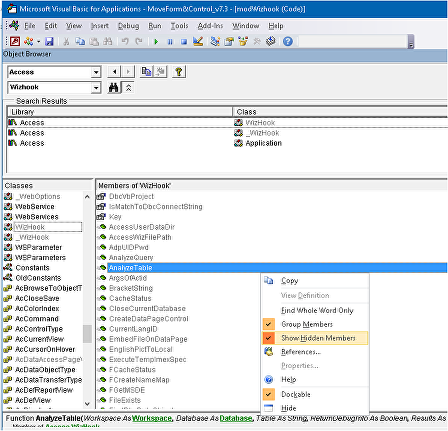 The screenshot above shows some of the members of the hidden Wizhook function. There are many more as you will see if you check for yourself

I've tried several of them and found some very useful features.

Wizhook has one additional feature that is, as far as I know, unique.

Many thanks to skrol for alerting me to that key value a couple of years ago.

Skrol is the author of the excellent free Access add-in, V-Tools 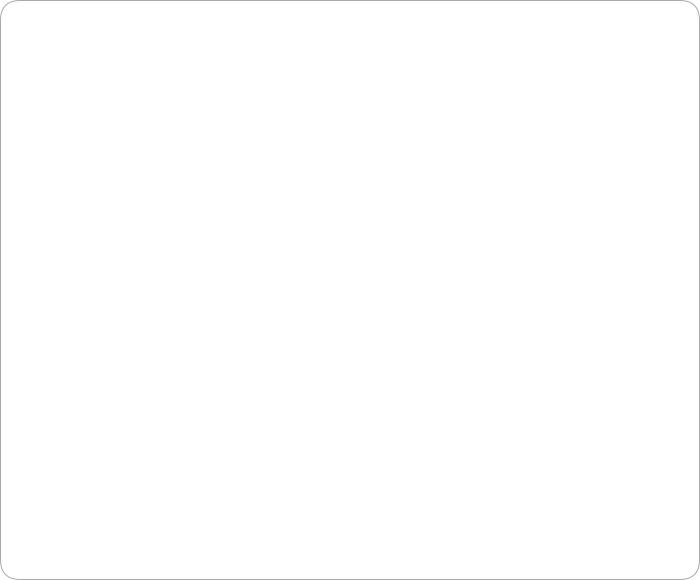